Cody Blade: I wrote this for my Environmental Science class and I figured you should read.

Garret Hardin wrote The Tragedy of the Commons. A paper in which detailed a “common” or shared field in a small village in Africa that had been destroyed. He explained it was destroyed or the “tragedy” in this situation was because of three wealthy farmers greed the way it had been done was the way they did their personal field rotation. The three farmers already knowing what their actions would do because of knowledge being there still continued destruction to the shared field long term still continued for personal wealth. Short term effects are that the field was destroyed but long term many people died in their village. This greed caused the destruction of natural resources that caused more damage even later. So, in short, the thesis for The Tragedy of The Commons would be that greed causes destruction of natural resources.

This concept of greed destroying resources and destroying more, in turn, can be applied in today’s modern world or to the issue of the excessive drawdown of the Floridian Aquifer due to its rapid population growth. The population excessively growing is that of algae but because of that growth is, in turn, killing the coral reefs. The algae are suffocating the coral to kill it because there is an overabundance of carbon from carbon emissions. The thesis of Garret Hardin’s Tragedy of the Commons it would be the same except it is not African farmers it’s large companies who products or methods are producing extreme carbon emissions near the aquifer. His concept of commons would be the coral reefs their selves. The tragedy, in this case, would be the death of the coral and the effects it has on the rest of the aquatic and land ecosystem.
The commons or coral may not be seen as important at first glance but as stated by the IUCN “More than 500 million people worldwide depend on them for food, storm protection, jobs, and recreation. Their resources and services are worth an estimated 375 billion dollars each year, yet they cover less than 1% of the Earth’s surface”. This quote in extra detail explains that coral while is a very small animal and don’t cover a large issue are very essential to the food web, they’re involved in. Which in turn makes coral inadvertently needed in all aquatic organisms’ life. This is because they are what is called a producer organism or a plant/animal with the most energy in a chain that gets transferred to the top of the food chain. This organism also makes energy is at the bottom of the chain and/or web. Meaning if large amounts of the coral reef die off, then thousands and thousands of other species will, in turn, die off in something you could call the domino effect in nature or supply and demand. Which effects of which would mean that there would be less biodiversity or less different species in an area? None of this is good for then environment animals or us but what is a good step forward is that the “Australian government announced nearly $400m in new funding towards scientific projects designed to help the Great Barrier Reef”. As noted in the CNN article Great Barrier Reef Headed For Massive Death available to read at https://www.cnn.com/interactive/2018/08/world/great-barrier-reef/.

End of part one 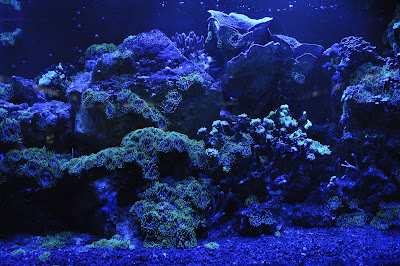