As the smartphone companies are cutting off the most used features of the phones to increase it’s software and hardware accessibility, they are replacing it with some alternatives. Recently, many smartphone companies like, Apple, One Plus, Samsung has removed there headphone jacks to make their phone look slimmer, instead of headphone jacks, they introduced ear pods and Bluetooth headsets. As SIM card trays are being a problem to the companies these days, the researchers are trying to enhance the SIM card technology. Past few year, many enhancements on SIM cards have been made like, micro SIM, nano SIM and the latest was e SIM. 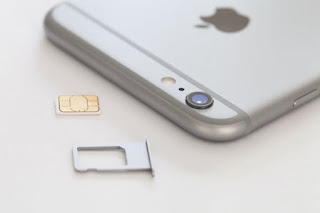 But now according to the sources of The Verge, chip designer ARM have come up with a new component called “iSIM” that aims to pack SIM cards into the same chips as processor. The component reportedly takes up to a “fraction of a millimeter squared” compared to current SIM cards which tend to be about 12.3 mm X 8.8 mm in overall size.

Naturally, as the technology is enhancing day by day, the devices are getting smaller and slimmer overtime, packing it with powerful hardware will be dangerous. As such, innovations like these could prove to be nearly essential for the future health of the industry. The space the iSIM would free up can be used for long batteries, additional RAM capacity or simply more powerful smartphones down the line.

With all of this said. It majorly depends upon how the smartphones adapt to this technology and and how accessible will it be to the users. ARM will still need major smartphone companies for iSIM to be launched with upcoming mobiles.