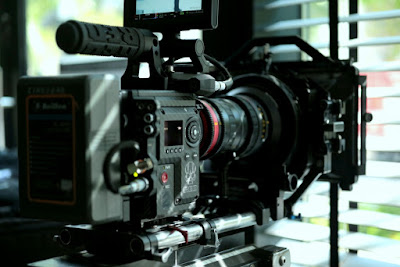 Thinking of entering a photo contest or the best basic cameras for a good quality video, the only thing that can satisfy you in both ways is the red epic series cameras. These are specially designed to capture wide shots at high frame frames providing you with seamless integration of speed and quality.
The story of every photography fanatic prefers a common software to edit and view his photos was the basis of red camera company. Here is a little history. In 2009, Red began releasing new cameras with an updated form factor compared to the Red One. Designed with the goal of facilitating either still images or video, depending on the mounting setup, Red called the concept DSMC for “Digital Stills and Motion Capture”.

The first camera released for this system was Epic-X, a professional digital stills and motion capture camera with interchangeable lens mounts. After this a new camera line called Scarlet was introduced that provided lower end specifications at a more affordable price. Initially equipped with a 5K imaging sensor, upgrades were later offered to a 6K sensor with a higher dynamic range called the “Red Dragon”.

The DSMC2 family of cameras was introduced in 2015 as the new form factor for all cameras up to 2020. The Weapon 8K VV and Weapon 6K were the first two cameras announced within this line. They were followed by the Red Raven 4.5K and Scarlet-W 5K. Third-party capture formats, namely Apple ProRes and Avid DNxHD, were made available for these cameras.

In 2016, an 8K sensor called “Helium” was introduced with the two cameras Red Epic-W and Weapon 8K S35. In early January 2017, this was given the highest sensor score ever, 108, by the DxOMark website. Marvel Studios’ Guardians of the Galaxy Vol. 2 was the first film to be released that was shot on the Weapon.

The film was shot at the camera’s full 8K resolution, and featured an equivalent work flow, supplanting director David Fincher’s Gone Girl as the film with the highest-resolution post-production work flow. This was a little something about the red camera. Consider checking out our latest post on kriyetive.

With the removal of Article 370, these major changes will come in Jammu and Kashmir (Before and Now)